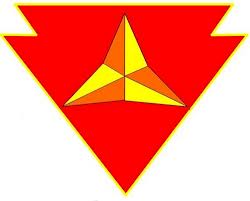 He was in civilian attire and unarmed when he went to a public market in Brgy Sikatuna, Guihulngan City for marketing. He was about to board a passenger motorcycle going back to Linantuyan when he was suddenly shot by the suspects using Cal .45 pistols.

Colonel Jon Aying, Commander of Army’s 303rd Brigade said, “This inhumane act of the NPA must be condemned to full extent. It is a desperate move just to preserve their (NPA) unit due to their continuing defeat in Negros.”

The Army’s implementation of the AFP Internal Peace and Security Plan “Bayanihan” together with the CAA members, other security forces, stakeholders and the peace-loving Negrenses has been effective in the effort to win the peace in Negros Island.

Aying further said “We pity those NPA members whose spiritual and moral values have been destroyed by a senseless armed struggle and resort to this kind of violence.”

Meanwhile, the Army will file charges against the perpetrators and urged the Commission on Human Rights (CHR) and other human rights advocacy groups such as Karapatan to investigate the murder of Villanosa.

The leadership of the 3rd Infantry Division has ensured that the necessary support will be provided as soon as possible to the family of CAA Villanosa.

Major General Rey Leonardo Guerrero, Commander of 3ID extended his deepest sympathy to the family, friends and loved ones of CAA Villanosa who are currently grieving for their loss.

Despite of this, the Army in Western Visayas will continue to collaborate with all the stakeholders to bring peace and development to the people through “Bayanihan”.

Guerrero also called on the NPA to lay down their arms, abandon the armed struggle and join the mainstream society for the attainment of just and lasting peace.

Press Release by the 3ID, PA