Camp Peralta, Jamindan, Capiz. .Around 600 participants ran, jogged, and walked on Saturday, March 28, in a bid to showcase the “bayanihan spirit” which was facilitated by 552ndEngineering Combat Battalion led by Lt Col Julieto L Estoque.

Dubbed as “Unity Run for Peace and Development,” the event started 5:30 a.m. Saturday, March 28, 2015 at Camp Carreon, the former home of the 61st Infantry Battalion, located in Barangay Libot, Calinog, Iloilo and ended in Mambiranan Elementary School in Calinog.

PNP members from the 63rd Special Action Company (SAC), and towns of Calinog, Janiuay, Badiangan, Maasin, and Bingawan in Iloilo province and Tapaz, Capiz also took part in the activity.

Guerrero said the run aimed to gather support from different sectors and organizations to work in achieving peace and development in Panay and Guimaras Islands.

After the run, participants also gathered for the kick off program of the ABS-CBN Joint Community Service Activities.

In her message, Gemma Villanueva, news head of ABS-CBN-Iloilo, emphasized that development and progress will be achieved if there is peace in the community.

For Maj Gen Guerrero, peace in Western Visayas is not elusive as it is “now felt and that all sectors in the community should work to maintain it.”

In response, Mayors Alex A Centena of Calinog and Matt Palabrica of Bingawan had vowed full support in the promotion of peace particularly.

Chief Inspector Rogelio Ortigas, Calinog police chief, delivered the message of Chief Superintendent Josephus Angan, Western Visayas police chief, who assured that they will work together with the Army counterpart in maintaining and peaceful and orderly region.* 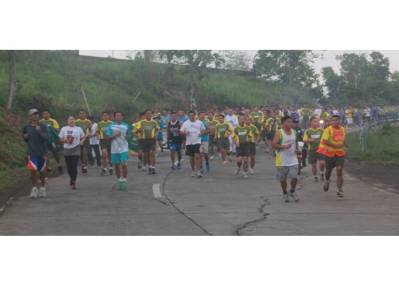 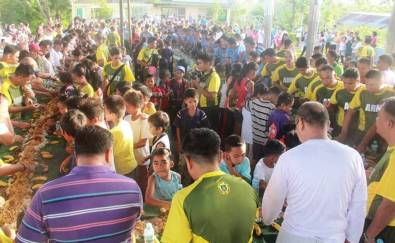