NSFA, Panacan, Davao City – General Carlito G. Galvez, Chief of Staff of the Armed Forces of the Philippines visited Eastern Mindanao Command (EMC) in Naval Station Felix Apolinario, Panacan, Davao City on June 4, 2018, as part of his way to be updated on the operational environment of the different regions in the country.

Posted in Security Scenes in the Philippines 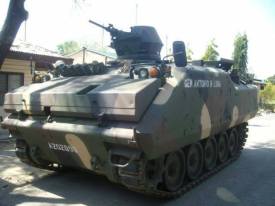